I don’t talk about dubs much, mostly because I haven’t seriously watched one since Samurai Champloo‘s (amazing) dub. I don’t even bother playing Japanese video games with English audio either (nowadays I don’t really play localized JRPG’s that lack a dual audio option). I do like a few of them, but in general… I just don’t really care for them. Unless they veer into alternate adaptation territory (which hasn’t happened that much after the 90’s), it’s not like I have a deep hatred for them or anything. I just tend to find the typical voice performances and overall Japanese-to-English script mediocre. But I do get curious every now and then and check them out for kicks.

END_OF_DOCUMENT_TOKEN_TO_BE_REPLACED

After a surprisingly weak performance last week, Ufotable manages to pull somewhat of a saving throw with this episode.

I do have minor qualms with what happened this week, but for the most part, I’m extremely satisfied by Ufotable’s efforts.

END_OF_DOCUMENT_TOKEN_TO_BE_REPLACED

Ufotable’s been doing a great job of making me like the Unlimited Blade Works anime better than the visual novel, although the soundtrack could still be a bit more… verbose. I’m scared of how underwhelming the other particular songs are going to be remixed by Fukasawa.

Well, anyway, onto the rain of praise (and otherwise – Ufotable isn’t perfect after all, gasp).

END_OF_DOCUMENT_TOKEN_TO_BE_REPLACED

Fate/stay night Unlimited Blade Works second season aired over a dozen hours ago in Japan, but I only just watched it a couple of hours ago. 780p encodes are all this terrible computer can handle. /sadface

Anyways, I wasn’t disappointed by what I saw. But that can be attributed to me already having experienced Unlimited Blade Works through the VN and just wanting to see it done faithfully by talented animators. It’s Ufotable, so it doesn’t take much to satisfy in that regard, but I wonder if the hype was worth it for people who only ever watch anime? That was a pretty killer wait and the hypetrain was like over 100,000,000km. Well, whatever.

END_OF_DOCUMENT_TOKEN_TO_BE_REPLACED 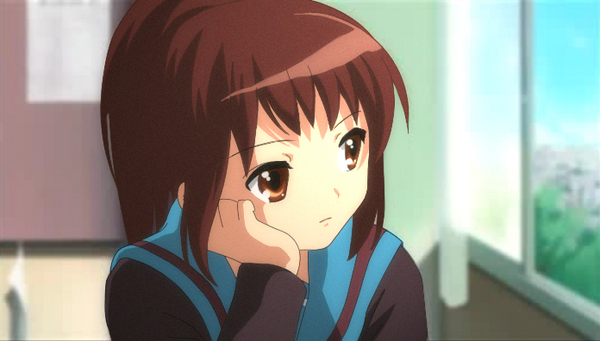 Gigantic franchises with multiple iterations often have newcomers thinking to themselves, “Where exactly do I start?”

Usually, folks assume that every franchise that contain iterations that fall into the same in-universe “timeline” require them to start at the very beginning of its chronology. And usually, all it ends up being is one big incorrect assumption.

END_OF_DOCUMENT_TOKEN_TO_BE_REPLACED

-I am the bone of my sword-
体は剣で出来ている。
-Steel is my body and fire is my blood-
血潮は鉄で心は硝子。
-I have created over a thousand blades-
幾たびの戦場を越えて不敗。
-Unknown to Death-
ただの一度も敗走はなく、
-Nor known to Life-
ただの一度も理解されない。
-Have withstood pain to create many weapons-
彼の者は常に独り 剣の丘で勝利に酔う。
-Yet, these hands will never hold anything-
故に、生涯に意味はなく
-So as I pray, UNLIMITED BLADE WORKS-
その体は、きっと剣で出来ていた。

Fate/stay night Unlimited Blade Works is, hands down, the best anime adaptation I’ve seen of anything non-manga, period. It sounds like I’m exaggerating, but I’m not.

ufotable really outdid themselves here. Ever since their Fate/Zero adaptation, the studio’s really become Type-Moon’s little pet animation studio. For good reason, too. I don’t know if the animated openings for the original visual novel and its Réalta Nua PS2 port were done by Studio DEEN or some other company, but it was really easy to tell that Type-Moon switched to ufotable for the Réalta Nua openings on the Vita version. That distinct animation style, that quality…

There’s really talented staff working at that animation studio, and it shows. The only other anime I’ve followed from ufotable were just OVAs and movies, such as their Tales of Symphonia and Kara no Kyoukai adaptations, which are naturally some high-quality stuff when it comes to animation. But the animation for Fate/stay night Unlimited Blade Works, a *TV series*, feels like it’s almost about the same quality. In fact, bits and pieces manage to seem just a bit more polished than even their Tales of OVAs or their openings for the Tales of games in general. Dayum, son…

END_OF_DOCUMENT_TOKEN_TO_BE_REPLACED 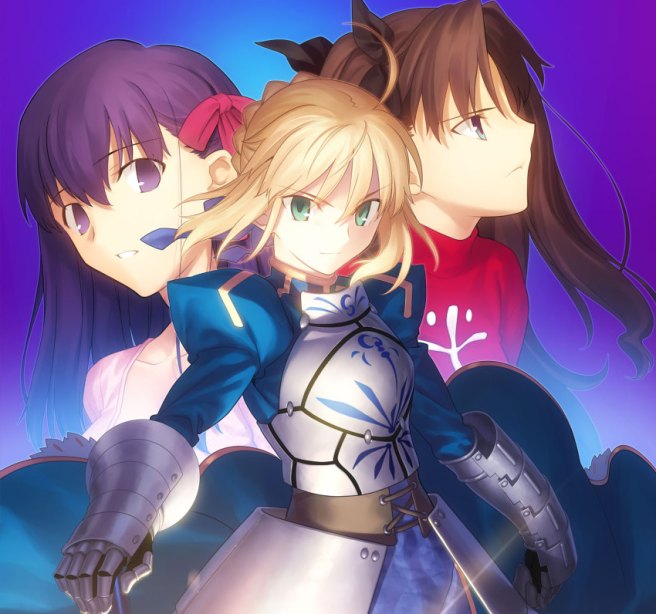 If the banner change hasn’t tipped you off, I’ve been on a Fate/ kick lately.

Of all the big franchises to get hit by the so-called “dirty secondary” syndrome, I believe the Fate/ series is one that genuinely gets hit pretty hard by it. I’m not going to lie, I sound like a giant snobby prick for even using the term “dirty secondary”, but in Adaptation Land, if you’re one to actually care about media besides animation/movies enough venture into what’s often used as source material, you’ll find that the term often holds… well, some painful truth to it.

Although in Fate/stay night’s case, I blame it a little more on Studio DEEN than the fans themselves. Regardless, it’s utterly depressing seeing diehard fans of the Fate/Zero anime write off the original Fate/stay night as being inferior because of the DEEN anime and movie. I suppose ufotable’s new Fate/stay night Unlimited Blade Works anime is fixing that divide somewhat, but it’s still there to a certain degree mainly because UBW is only 1/3rd of the full experience. Plus, there are secondaries who recommend newcomers to start with F/Z, skip the Fate route – by this, they mean the DEEN anime – then watch the UBW anime (according to them, “the definitive adaptation”; it’s good, but not definitive – it’s only one route), and then after that, watch the upcoming Heaven’s Feel movie… and I’m like “no, that’s wrong, please stop for the sake of your own experience.”

While I did enjoy Fate/Zero and what it had to offer as a spin of the Fourth Holy Grail War, which was constantly and vaguely mentioned in F/sn, it’s merely a prequel at the end of the day (note: different from preceding work) meant as an expansion to an even greater tale that people are unfortunately diluting their own experience of. F/Z spoils more of F/sn than the latter does for the former, and I wish more people that are thinking of getting into the franchise had that in mind, instead of getting fed a bunch of crap from, well, dirty secondaries.

With the context and details that weren’t present in any of Studio DEEN’s animated adaptations, the visual novel is certainly one hell of a ride, even with the shoddy English fan-translation desecrating the Nasutext. I’m 21 now and dislike using the word “epic” to describe, well, anything. But here I find it the word extremely fitting, because it is fucking epic.

I mean, okay, as much as I loved it, it was far from perfect. Like the onslaught of info-dumps, diarrhea of the mouth, cooking scenes that make you hungry, etc. Art-wise, Réalta Nua PSVita should have updated the art to match Takeuchi’s current style. But the pros definitely outweigh the cons of Fate/stay night. Nasu’s world-building is excellent, so as a person who appreciates that kind of imagination in High Fantasy stories such as this, it’s no wonder that I enjoyed it so much.

Alright, enough with my unnecessarily long preambles, and onto the review!

END_OF_DOCUMENT_TOKEN_TO_BE_REPLACED

…Illness when writing that mess aside, I don’t think it needed to be any clearer for comprehension.

I was going to do another Cardcaptor Sakura post or a Fate/stay night Unlimited Blade Works post, but in light of certain reactions to my previous Kantai Collection post from denizens of the anime community’s infamous cesspool (I say “the”, but in actuality, there are quite a few of them – pick your poison) repeatedly missing the point, I feel the need to clarify more than a few things for others who might also misunderstand the context.

(The real reason is mostly because cramming for midterms in college sucks, and I’m finding an excuse to procrastinate and letting out stress.)
END_OF_DOCUMENT_TOKEN_TO_BE_REPLACED 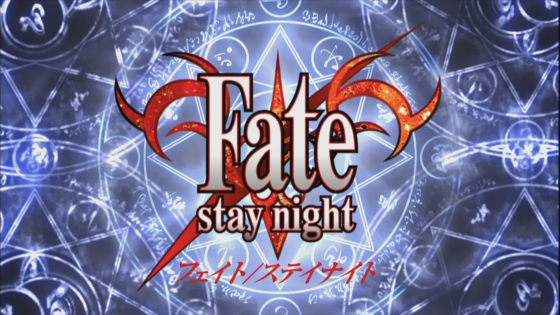 It was the best thing I had. Sue me.

You know, some people say that I’m overly optimistic about VNs that I take on, and I think that’s true. See, I always do try to find the good even in the worst of things when it comes to VNs, but sometimes I throw it under the bus really quickly if the beginning/middle/one route isn’t really that good. Yet, I’ll almost always give it a try. I don’t try to be some sort of higher intellectual that knows the intricacies behind what makes writing beautiful or what makes everything flow so well. No, I’m just a guy. A Canadian guy. And a guy who has read a damn lot of visual novels.

See, now you are probably wondering where I’m going with this! Well, when I was a wee lad, I was just getting past a lot of entry level VN stuff. Moege, random this and that shenanigans, what have you. Fate/Stay Night was one of the first super-power VNs I ever got into. And I wasn’t expecting much. Foolish, I was. Stupid. Ignorant of all the real VNs out there. I picked up Fate/Stay Night expecting nothing really at all, but holy shit. Damn. Seriously, damn.I hate using the word epic that much, but that might be the only thing that describes the visual novel. Which might be why I always give something the benefit of the doubt, because giving Fate/Stay Night the chance blew my damn mind. And it was great.

So, discovering that Fate/Stay Night had an updated patch that I was totally negligent about when I first read it, I decided to re-read the tale and share the review with you all! Fun stuff.

I can sing Fate/Stay’s pros forever, I think. Yet even things I love have imperfections. Like the fact that what makes it awesome makes all the hypothetical what-ifs and jabbering seem terribly off-putting, so sometimes you can full into a lull when all you want is to keep getting to the next twist or hardcore part. The VN gets called overrated a lot. I don’t really see it, but I can see why it wouldn’t be amazing to everybody. Especially if you’re an artfag – the game’s a bit old.

Either way, F/SN will always be one of my favorites. Not out of nostalgia, either, out of simply just sheer “holy shit” factor. It’s pretty damn good. I mean, really good. Now, you might ask what I think of the anime. I think the anime isss….. bleghk. Bad in comparison. Does a pretty good stand-alone job, but not for me and I wouldn’t recommend it to anyone if they ever planned on reading the original. Fate/Zero I’m also a bit iffy on. Shoving grimdark into my face over and over doesn’t make me like it anymore, but, either way, I can understand the attraction.

So, I’ve rambled on enough. Time for the Wahfuu Review of one of my favorites, F/SN!

END_OF_DOCUMENT_TOKEN_TO_BE_REPLACED

It’s time to get down to business in picking some needles out of a haystack. Overall, I’d say that this was a pretty weak year in terms of anime, but that isn’t to say there weren’t a handful of series that managed to stick out, in both a good and a bad way. This post will chronicles some of the series that managed to make some sort of impression on me this year – the good and the bad.

Based on categories ranging from most endearing to most loathed, the funniest to the unfunny, the best writing to the most obnoxious wish-fulfillment, etc. Obviously the selection’s only from the series I’ve bothered to watch, so feel free to suggest any gems that impressed you and I’ll gladly marathon them along with the rest of my backlog. I might even update this list, maybe.